Recycling goals prove to be a moving target for EU members 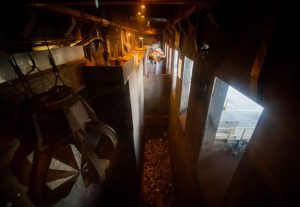 The European Commission’s plan to boost waste recycling and foster a circular economy has split the EU into hostile camps. On one side are the Eastern Europeans, who put a lot of garbage into landfills and some Nordic countries that tend to burn their waste — both are upset over ambitious EU recycling targets. On the other side are Western European countries which generate more trash than their Eastern counterparts, but tend to be more enthusiastic about recycling. The goal is to adopt new recycling targets and a methodology to count the waste countries recycle as part of the Commission’s four legislative proposals on waste. But countries, the Council and the Parliament are still far apart. “We have a long way to go, a very long way,” one EU diplomat said. In May, the Maltese presidency secured a negotiating mandate from the Council, which allowed for negotiations to start with the Parliament. However, the Council text significantly watered down Commission and Parliament proposals on several core issues. In the Council mandates, obtained by POLITICO, EU countries backed a recycling target of 60 percent for municipal waste by 2030, down from 65 percent in the Commission’s proposal and 70 percent in the Parliament’s position. The Council slashed the Commission’s proposed recycling targets for materials such as plastic — from 55 percent to 30 percent by 2025 — and aluminum — from 85 percent to 50 percent by 2030. It also pushed for countries to be given an additional decade to reach a 2030 cap on landfilled waste of 10 percent proposed by the Commission, a move that infuriated NGOs, which see cutting the amount of trash being dumped in landfills as key to fostering resource efficiency.  The challenge is that countries have very different consumption habits and approaches to waste management, and that makes it difficult for them to agree on changing the hard-fought compromise reached earlier this year. Central and Eastern European countries, such as the Baltics, Bulgaria, Hungary, Poland, Slovakia, Romania, Malta and Cyprus, rely on landfill and have low recycling rates. Meanwhile, Nordic countries such as Denmark and Finland put very little waste into landfills but burn a lot of trash, something that worries environmentalists. Usually considered environmental champions, those nations opposed higher recycling targets in the Council, according to their own declarations to the European Environmental Bureau. Nordic and Western European countries also generate more waste per capita than Central Europeans, something countries like Poland were eager to point out during negotiations. Poland was one of those leading the charge against the landfill cap in the Council in June, warning it could lead to an increase in incineration. The picture gets even more complicated for material-specific targets. The Czech Republic, for instance, opposed high recycling targets for aluminum packaging, claiming that glass packaging for beverages is more common than cans in the country, so it didn’t have the critical mass to build a recycling system. While Parliament pushed for much higher recycling targets, the Maltese presidency had to cut that down to garner national support for their negotiating position. The Estonians started suggesting compromises from the very first days of their presidency, a leaked document obtained by POLITICO showed. Although setting a lower target managed to get enough support to form a common Council position, Parliament is unwilling to give up on its higher ambitions. In the bid for speed, the package went straight from the technical level to trilogue, as the Maltese presidency only requested a mandate from EU country deputy ambassadors. That means sensitive political issues haven’t really been sorted out. Some EU countries are pushing to get higher-level officials involved. “Not once has the package been discussed among ministers politically here in the Council. We think this is a pity,” Denmark said at the Environment Council in June. Denmark’s position is echoed in part of the Parliament’s negotiating team. “As long as the Council does not have a position [at the ministerial level], it is a waste of time,” Liberal MEP and shadow rapporteur Nils Torvalds said. “The Council is very divided. They should make up their minds.”